In a corner apartment building constructed in the 1960s in the area of Ano Ilisia we combined two apartments into a single floor-apartment of 140 sq m meant to serve as the residence of a four-member family. A design challenge for us was to reconfigure the oblong off-square floor plan so as to reorganize the functions within the apartment. We removed all the previous internal partitions and the old floor and wall materials. The new living area (entrance hall, kitchen, living-room, office) was developed around a central volume at the heart of the floor plan. The goal of the design was to give the residents the possibility to alter the borders of individual spaces, creating thus different versions of the same floor plan. For example, between the kitchen and the living room, we placed five double sided panels that were hung from the ceiling along a driver with the possibility to move and rotate 360° around their axis. In the living room area we designed two electric motorized bookcases which were hung from the ceiling and can move linearly via remote control, each independently of the other.

When the bookcases move toward the living room they create a new room which serves either as an office or as a guest room. This space is accessed through a sliding door at the entrance hall, which disappears into a recess in the wall. The living room also includes a ceiling-mounted movie projector with a retractable screen. There was great need to add auxiliary spaces to the apartment. A laundry closet was designed along the corridor, while the central volume -which is paved with marble tiles- serves as a cloakroom and at the same time as storage space for  the audiovisual system control point. The cloakroom is accessed through a hidden handleless door lined with the same material. 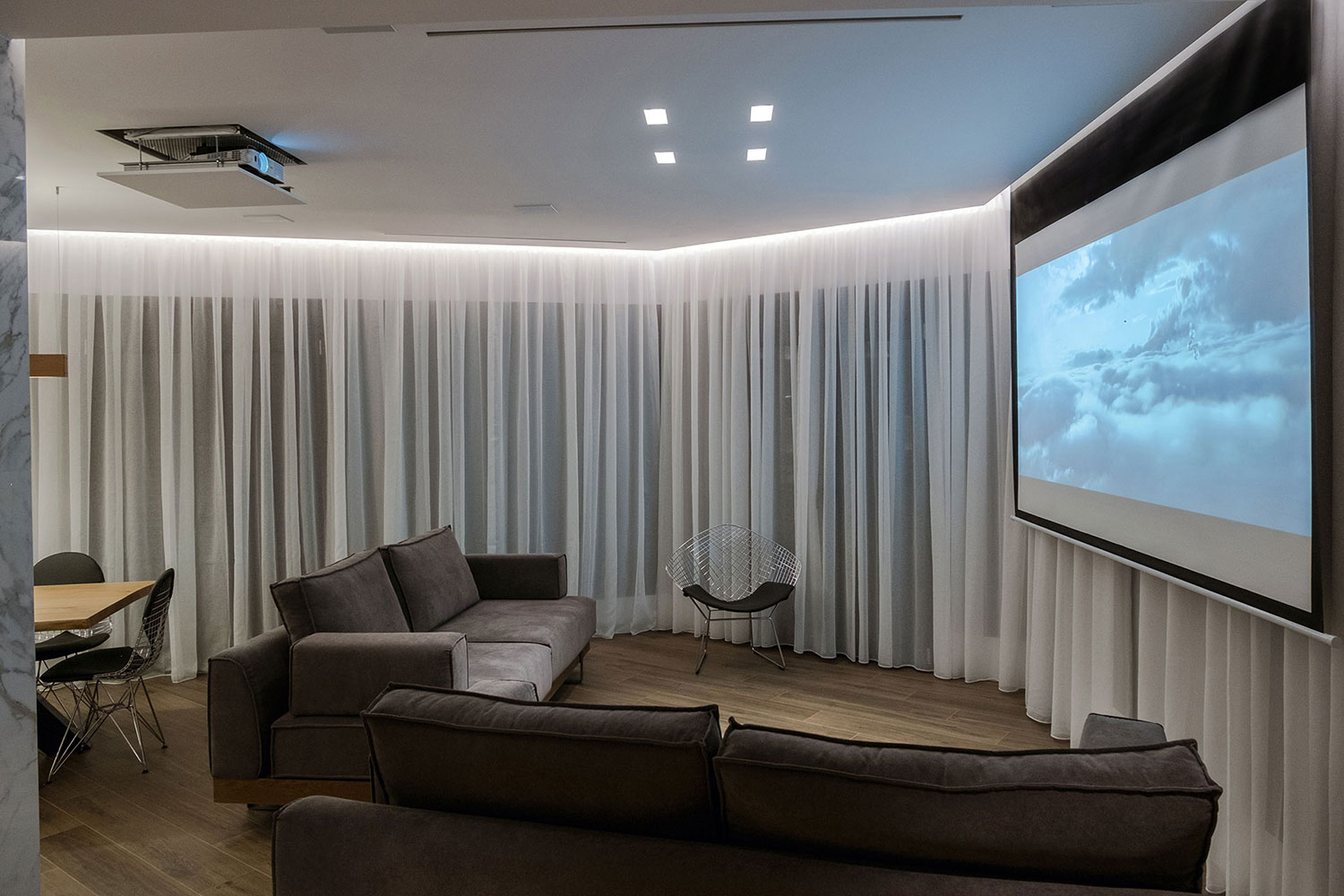 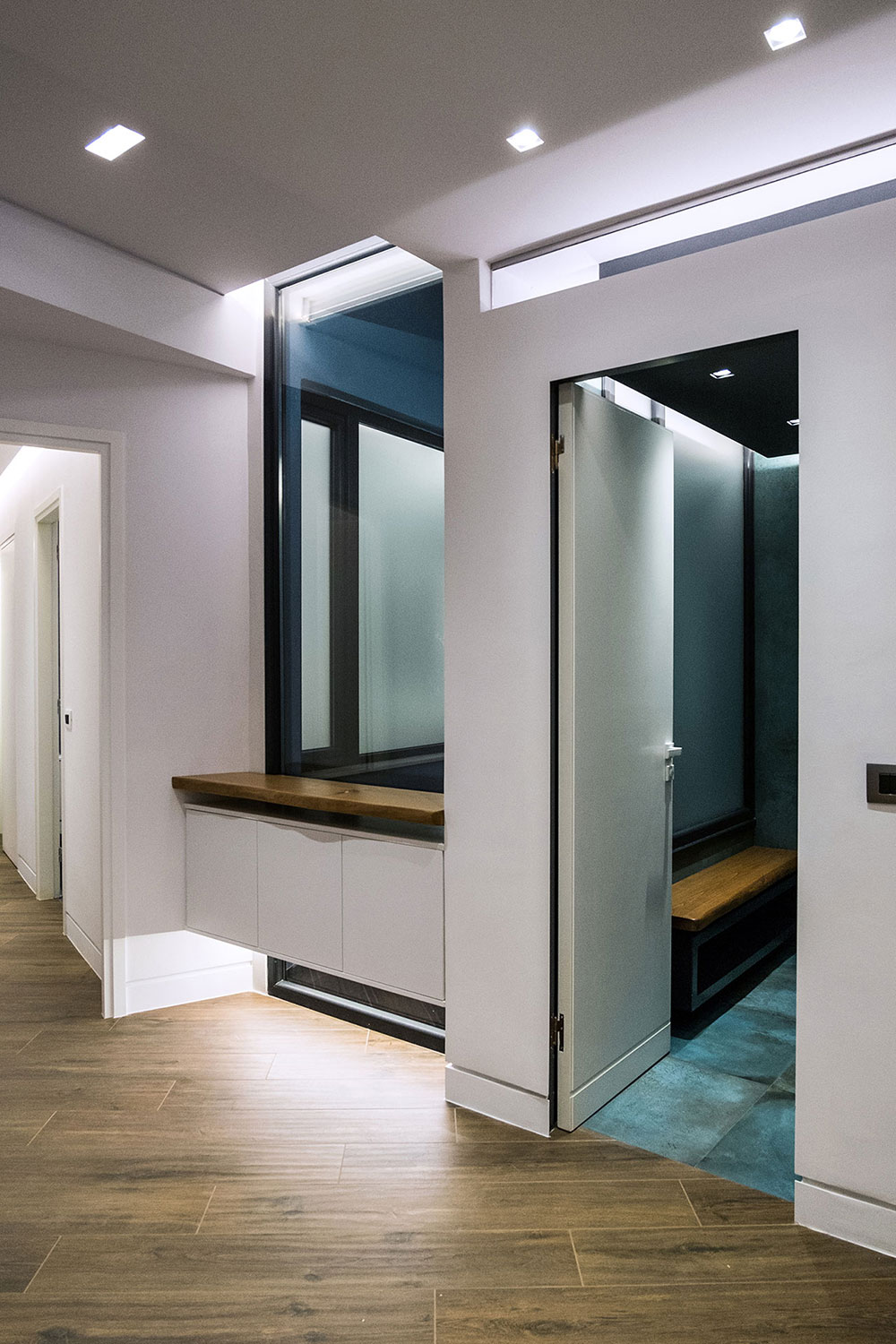 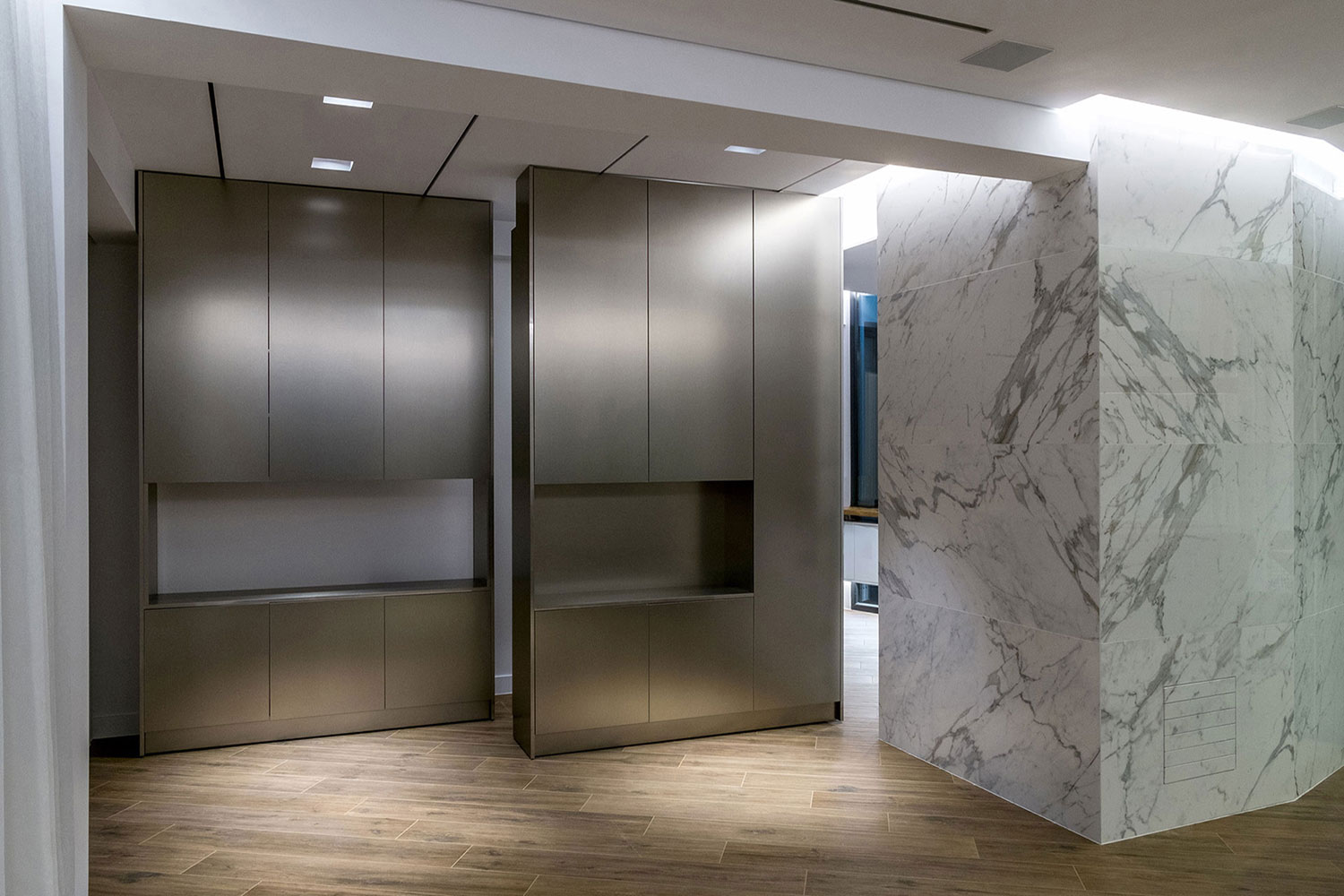 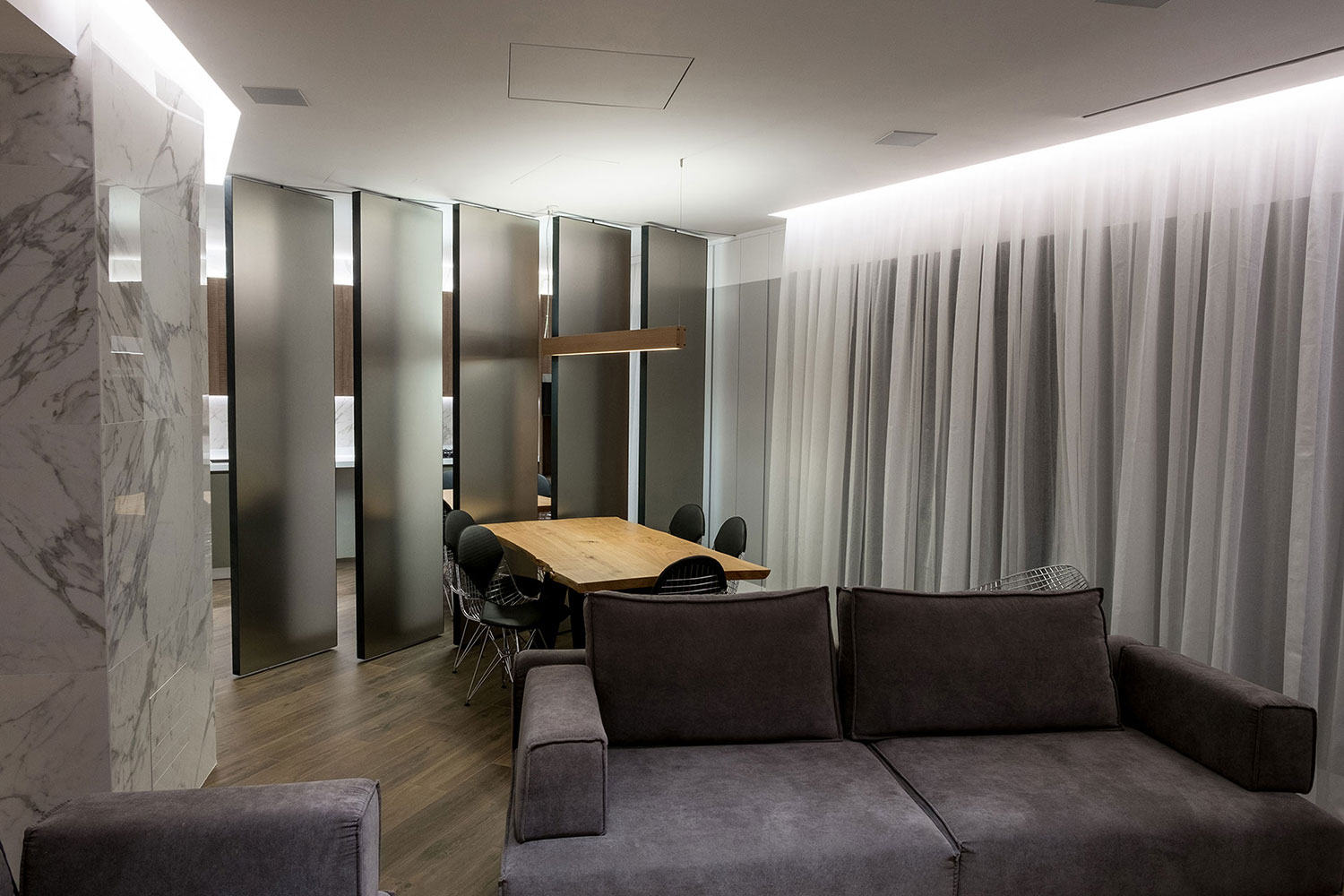 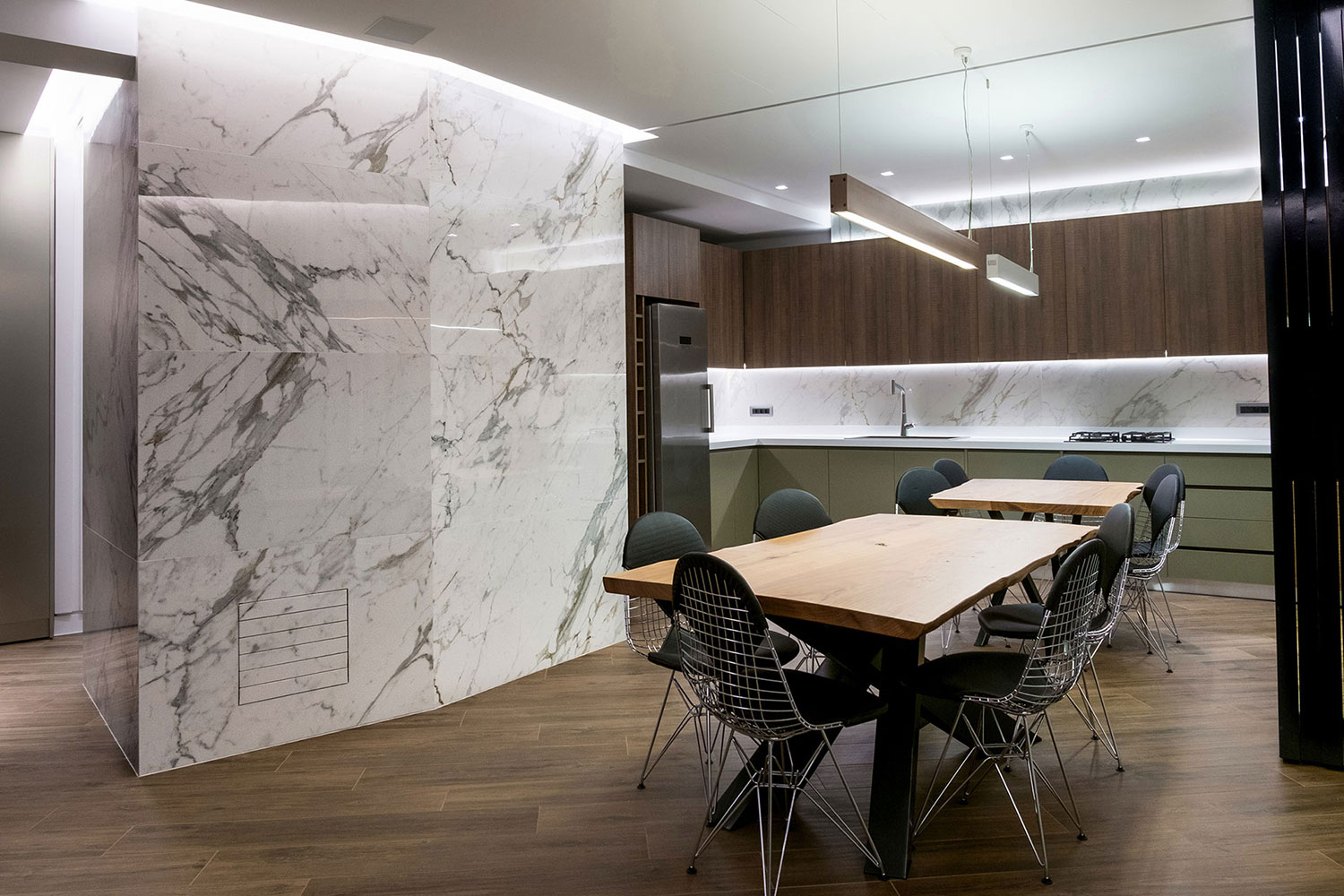 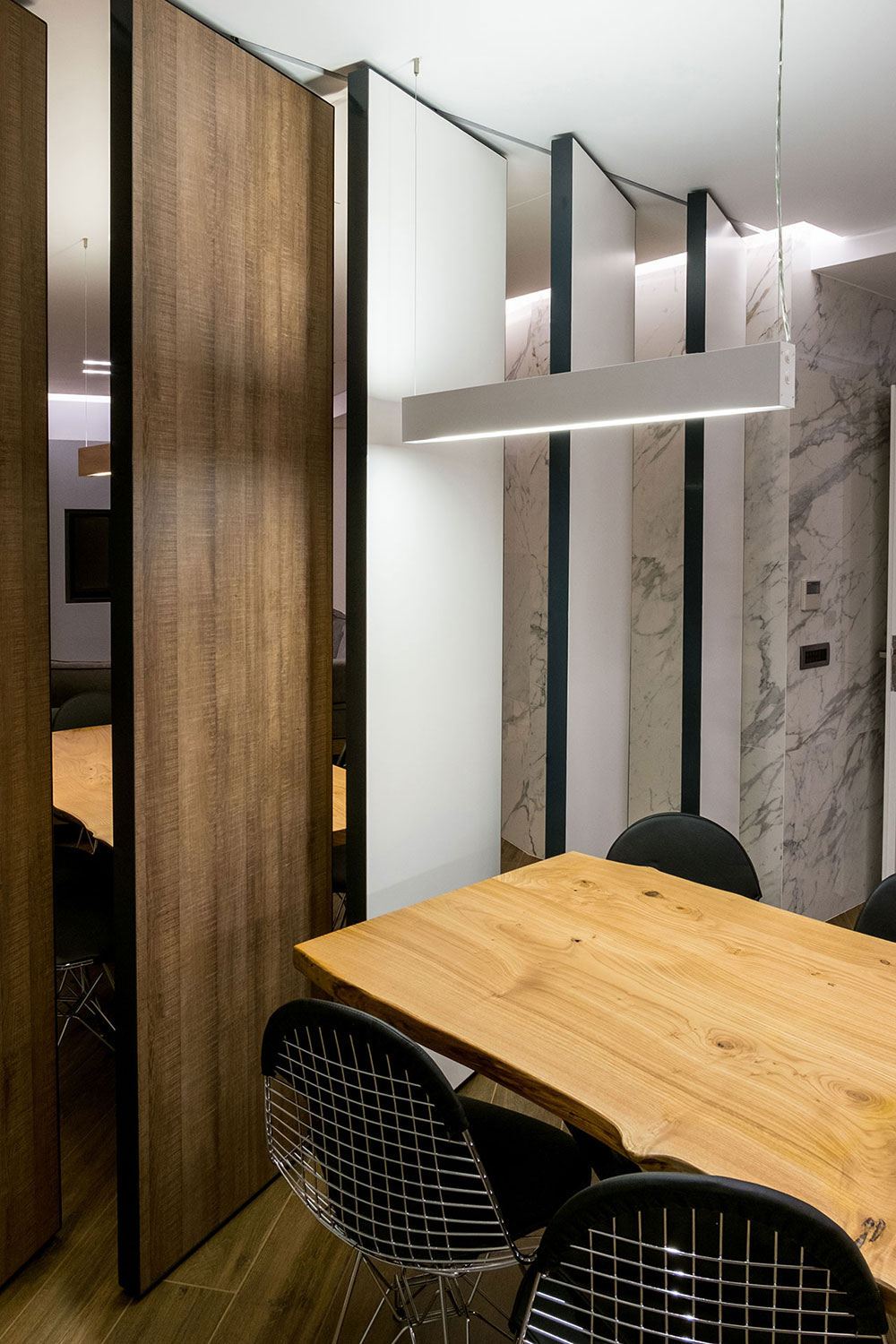 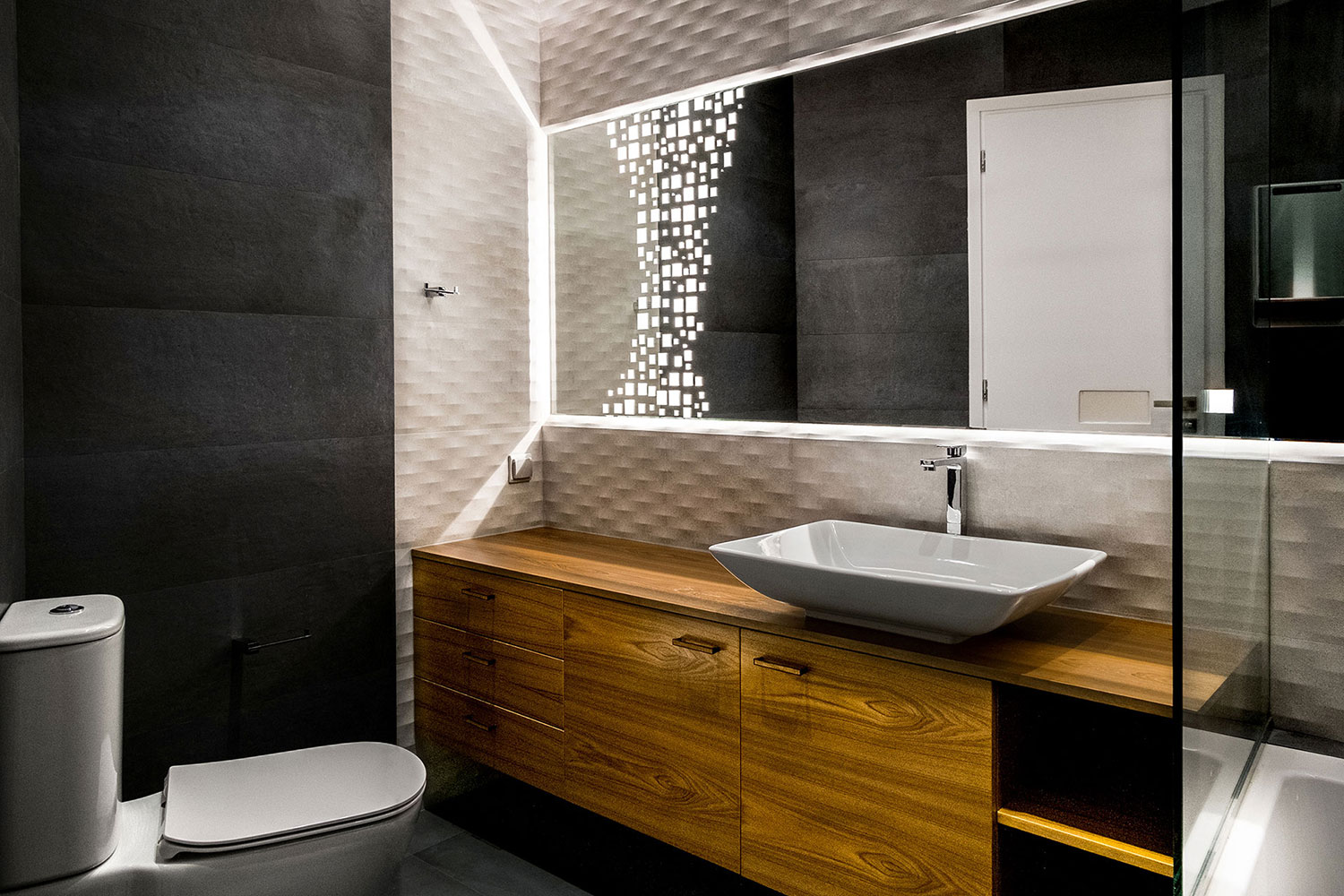 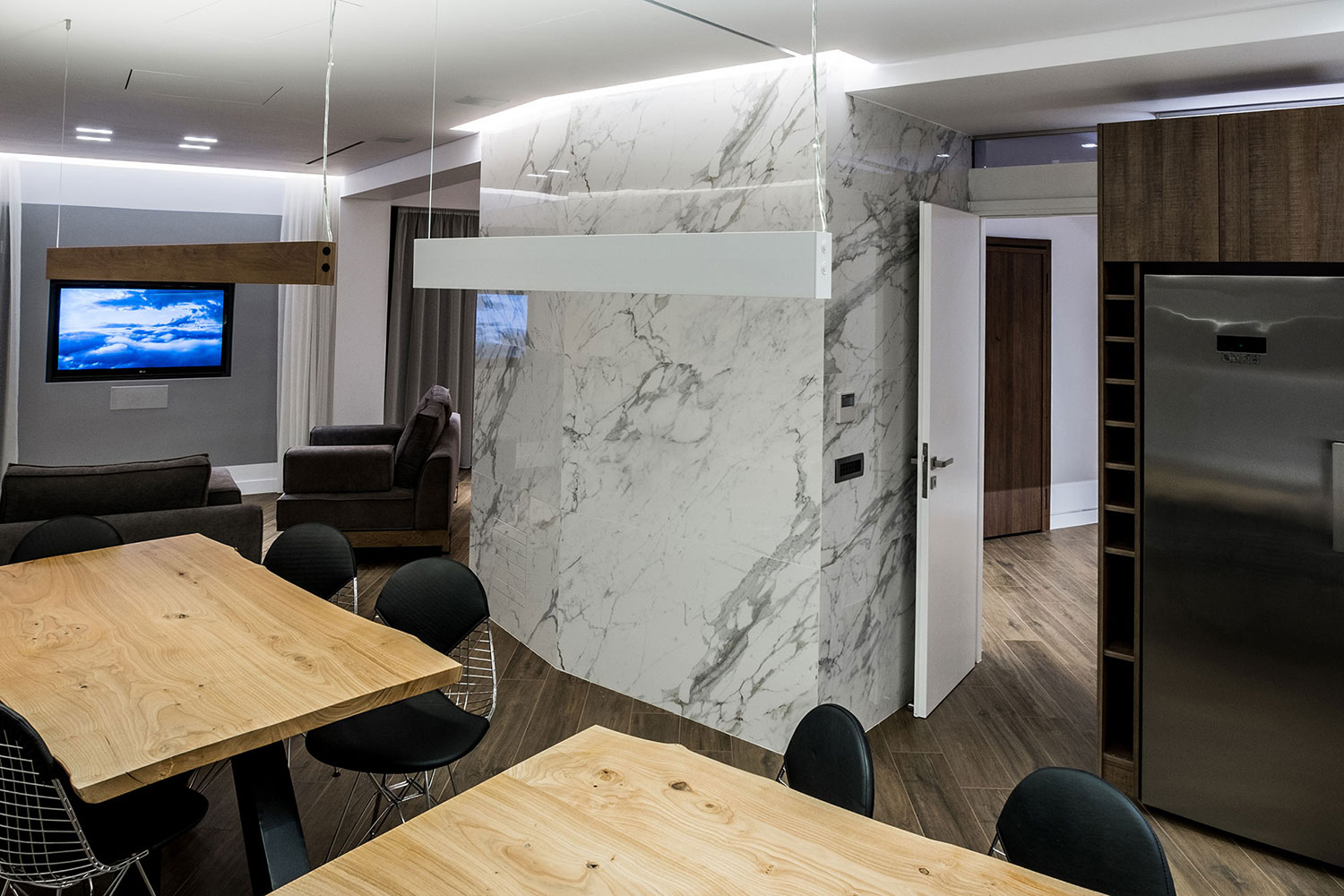 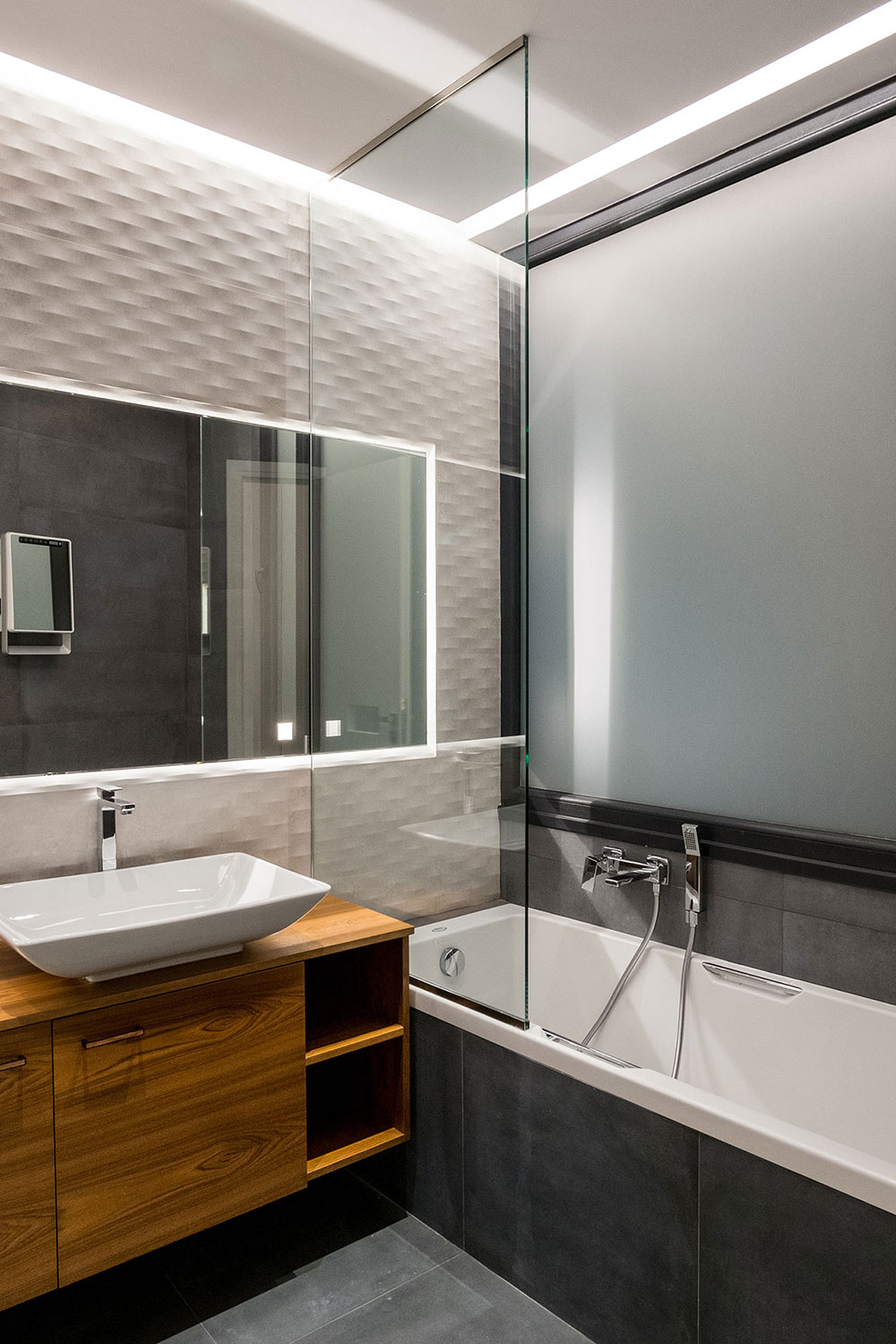 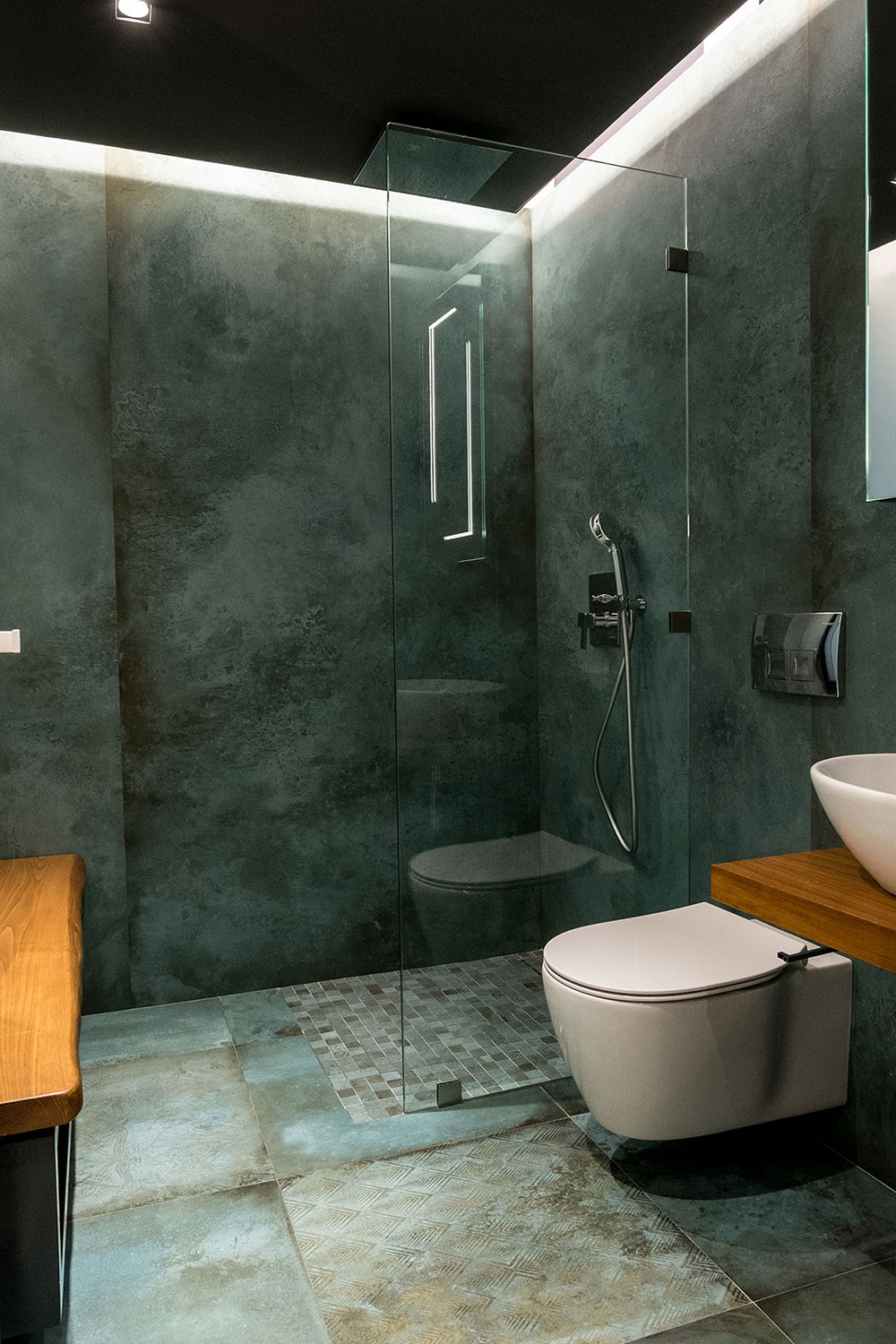 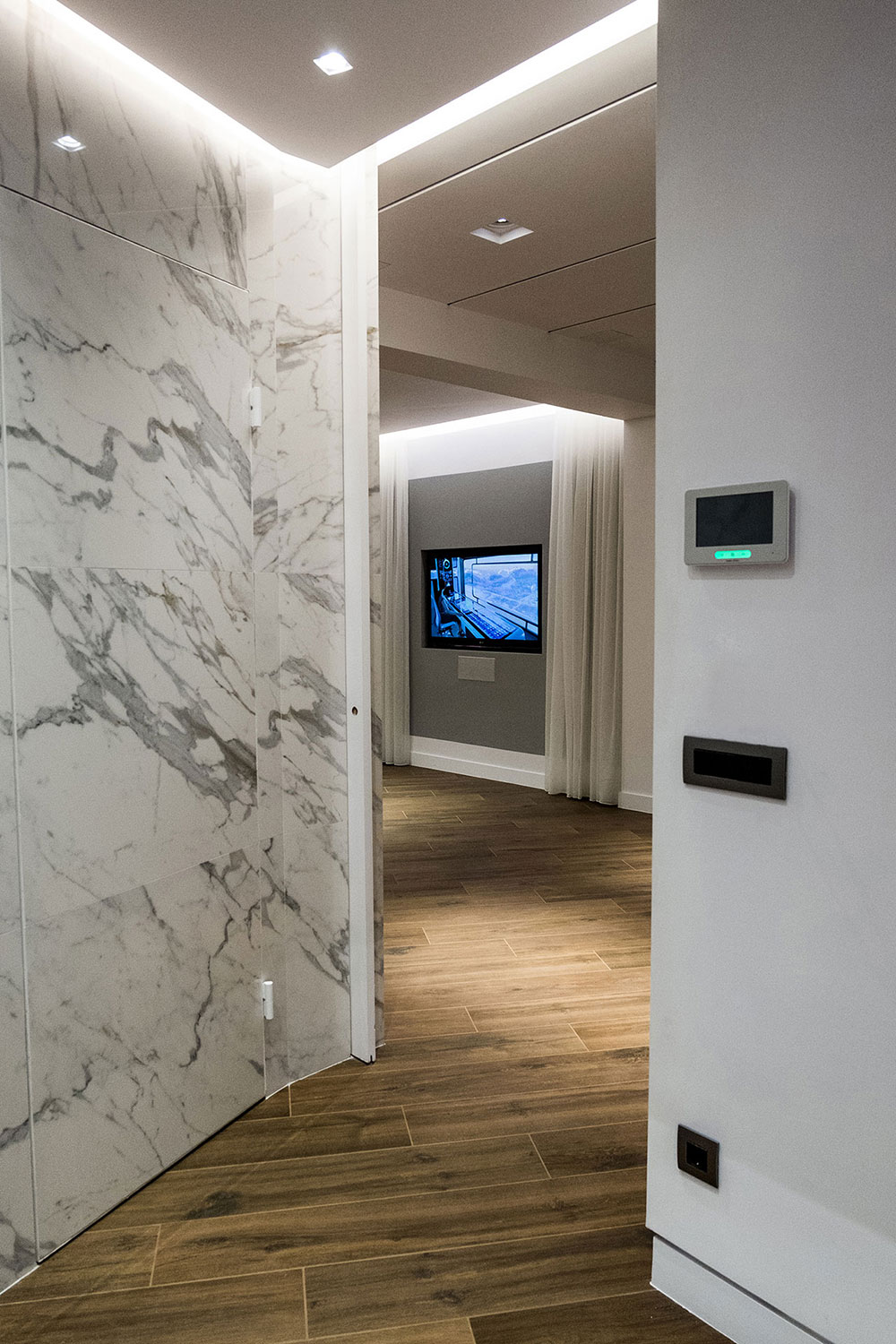 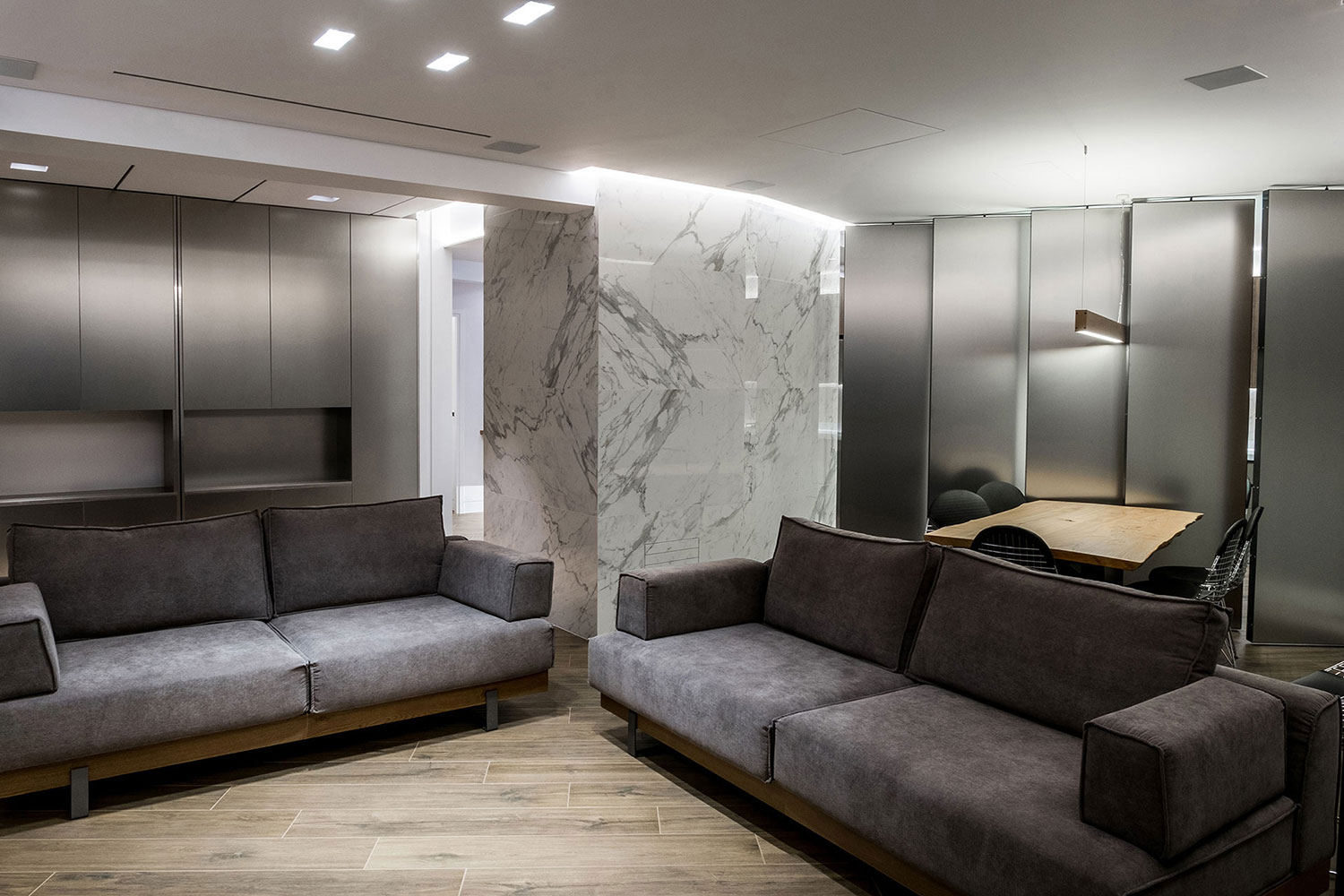 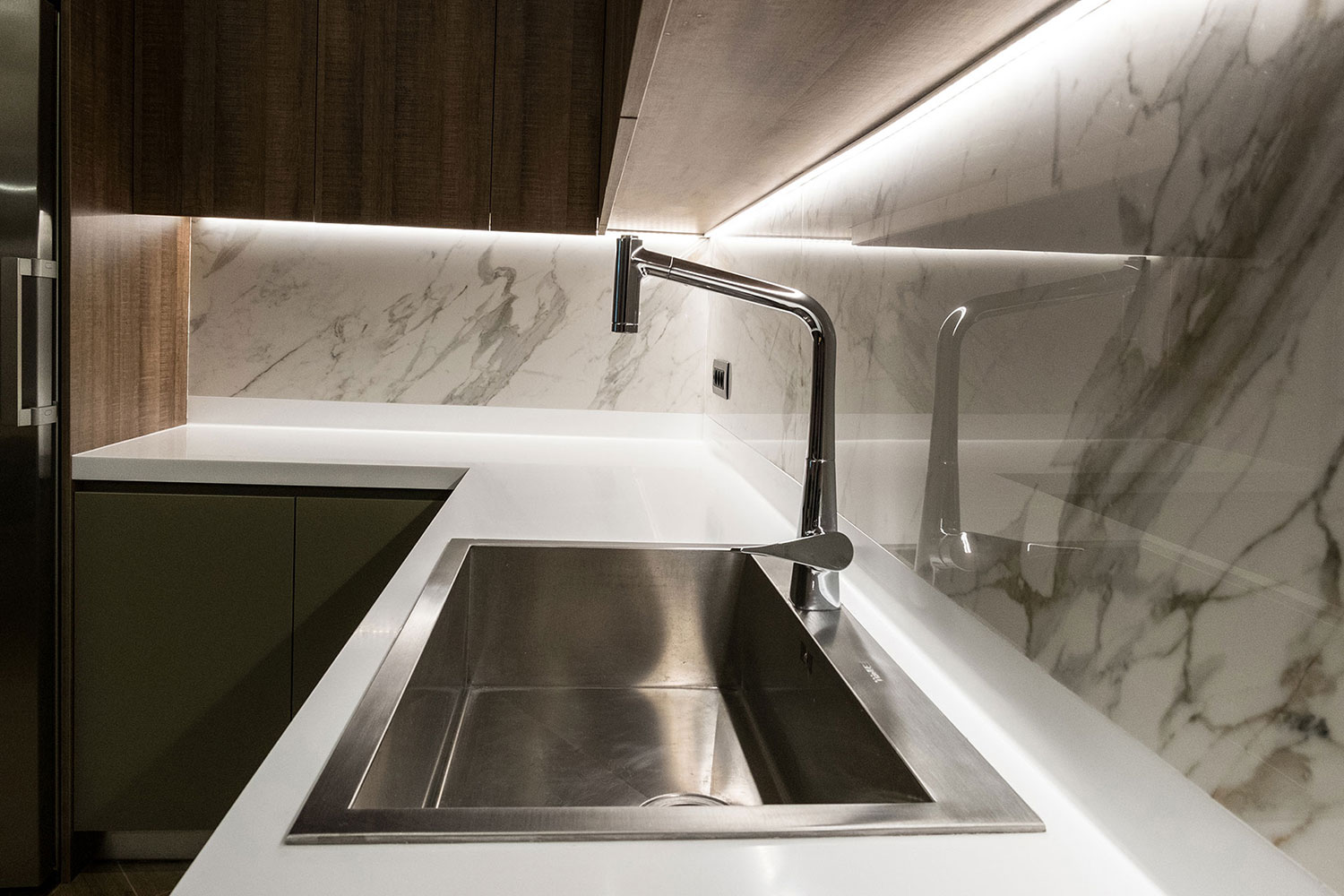 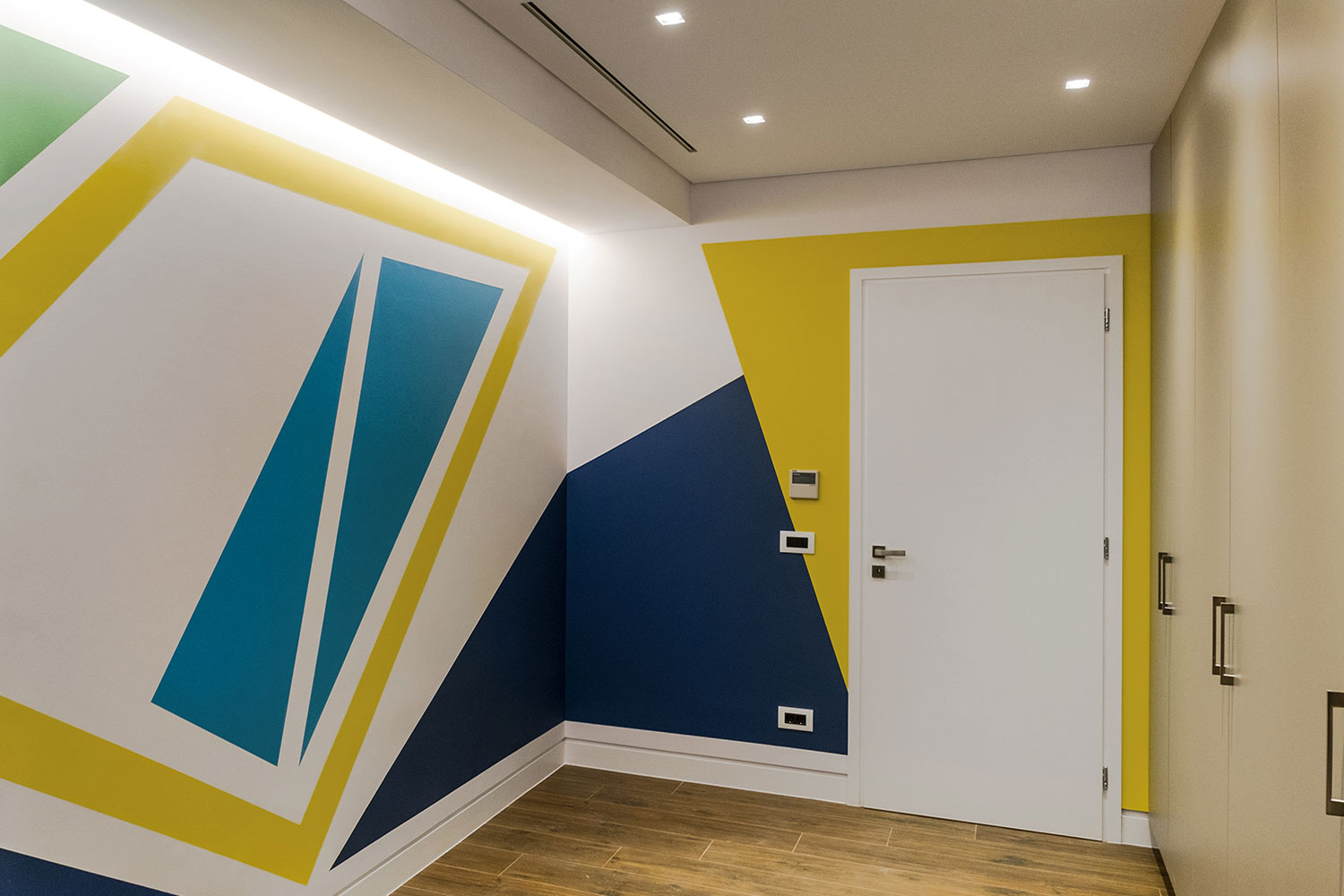 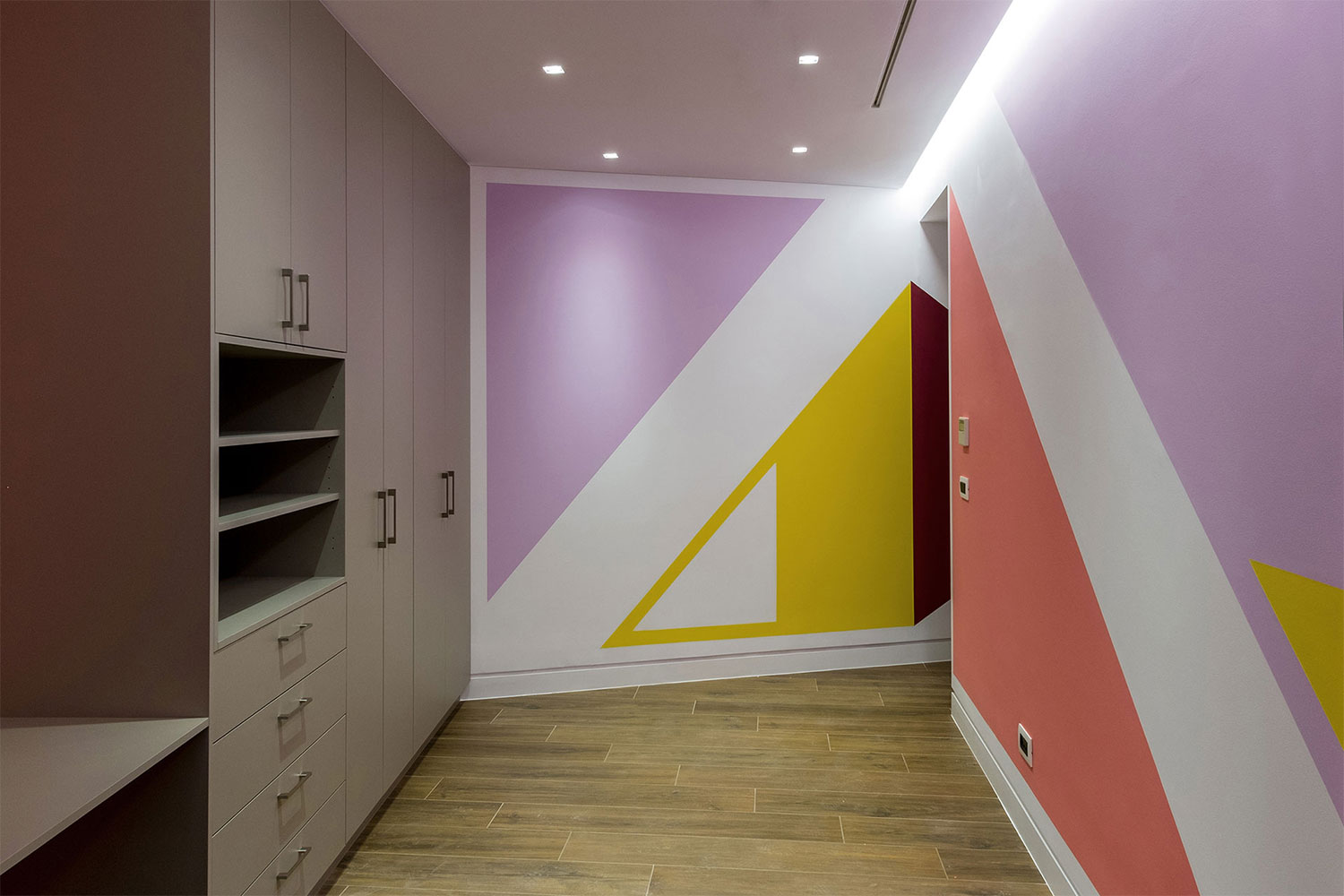